The Suburban Anarchist. A weekly column brought to you by your local, suburban anarchist.

Campaigning with Judge Larson Left Me Reinvigorated and Inspired! 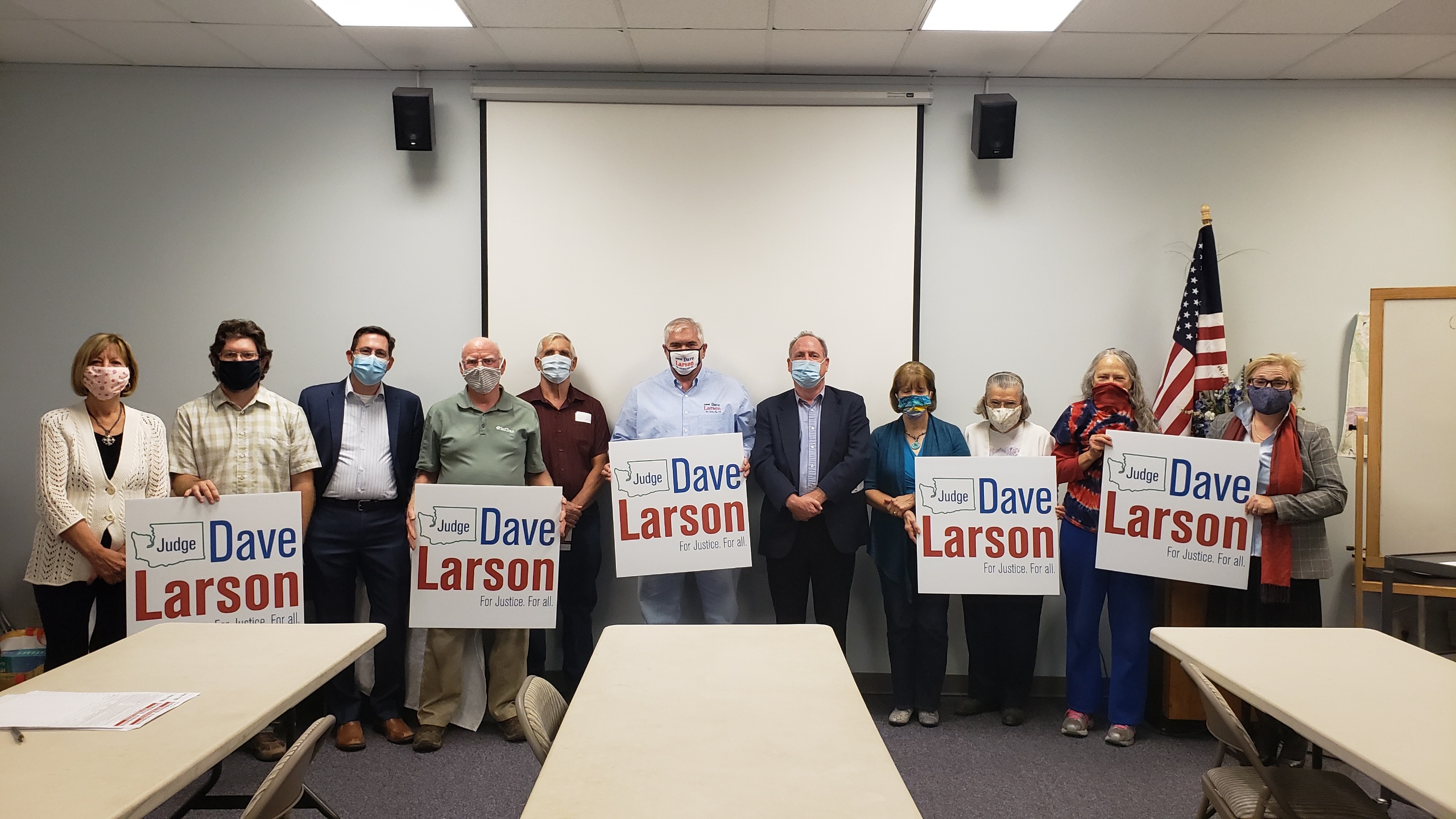 I love Eastern Washington. People are genuine and they appropriately don’t like being dominated by King County and Seattle-style liberals. And this brings me to Judge Larson’s opponent in his race for Washington State Supreme Court.

She has NEVER been a lawyer (whereas Judge Larson was one for 27 years), that is, she has never represented an individual client in Court. She went from law school to academia to the bench.

Judge Larson, on the other hand, worked thru college and went to law school at night while working a full time day job.  He worked for the prosecutor’s office and did insurance defense.  70 trials and 200 arbitrations.  And he’s been a chief judge.  (And he’s got a great dry sense of humor and many pearls of wisdom to share.)

Justice Montoya-Lewis, on the other hand, is a Governor Inslee affirmative action appointee who profoundly misunderstands the role of a judge as evidenced by her voter’s pamphlet statement where she states that she wants to “be the voice of the underrepresented.” What? A judge as a voice for a specific group?

If I’m a litigant before such a judge and I’m opposing someone in the group she favors, I know I can’t win. That’s called an “unconstitutional bias” where I come from.

A judge should be the voice for NO group. A judge is not an advocate, or a candidate for legislature. A judge should not be overtly political. To be so violates the Canon of Judicial Conduct.

Judge Larson, on the other hand, is a “voice” for the Constitution and the law.  LIKE A JUDGE SHOULD BE.  He has no political agenda of favoritism, only an agenda of fairness for the individual litigant.

In her inauguration, Justice Montoya-Lewis said nothing about the Constitution, rights or the law, only that she hoped she wouldn’t be the last Native American Justice. She celebrated herself, not the Constitution or rule of law.

Judge Larson does not celebrate the grandiosity of being a judge; he is a servant of the people, not their master.  See the difference here?  One celebrates special group interests, the other celebrates impartiality, civic virtue and humility.

The judiciary should not be politicized and corrupted.  A vote for Judge Larson would stop the Supreme Court’s slide into being just a 3rd house of the legislature dominated by special interests.

Your choice for WA Supreme Court Justice could not be starker. And the stakes are high; our independent judiciary is about to descend into partisan politics. Then we all lose.

Jeff is an experienced attorney of 25 years practicing law from his office in Kirkland, Washington. He is committed to getting the best possible outcome for your case and fiercely advocating for you every step of the way.