I can comfortably say that Biden will carry the vote in Washington State. Therefore my individual vote is more valuable as a vote for Jo Jorgensen than Donald Trump.
My vote goes to Jo Jorgenson for President in 2020. 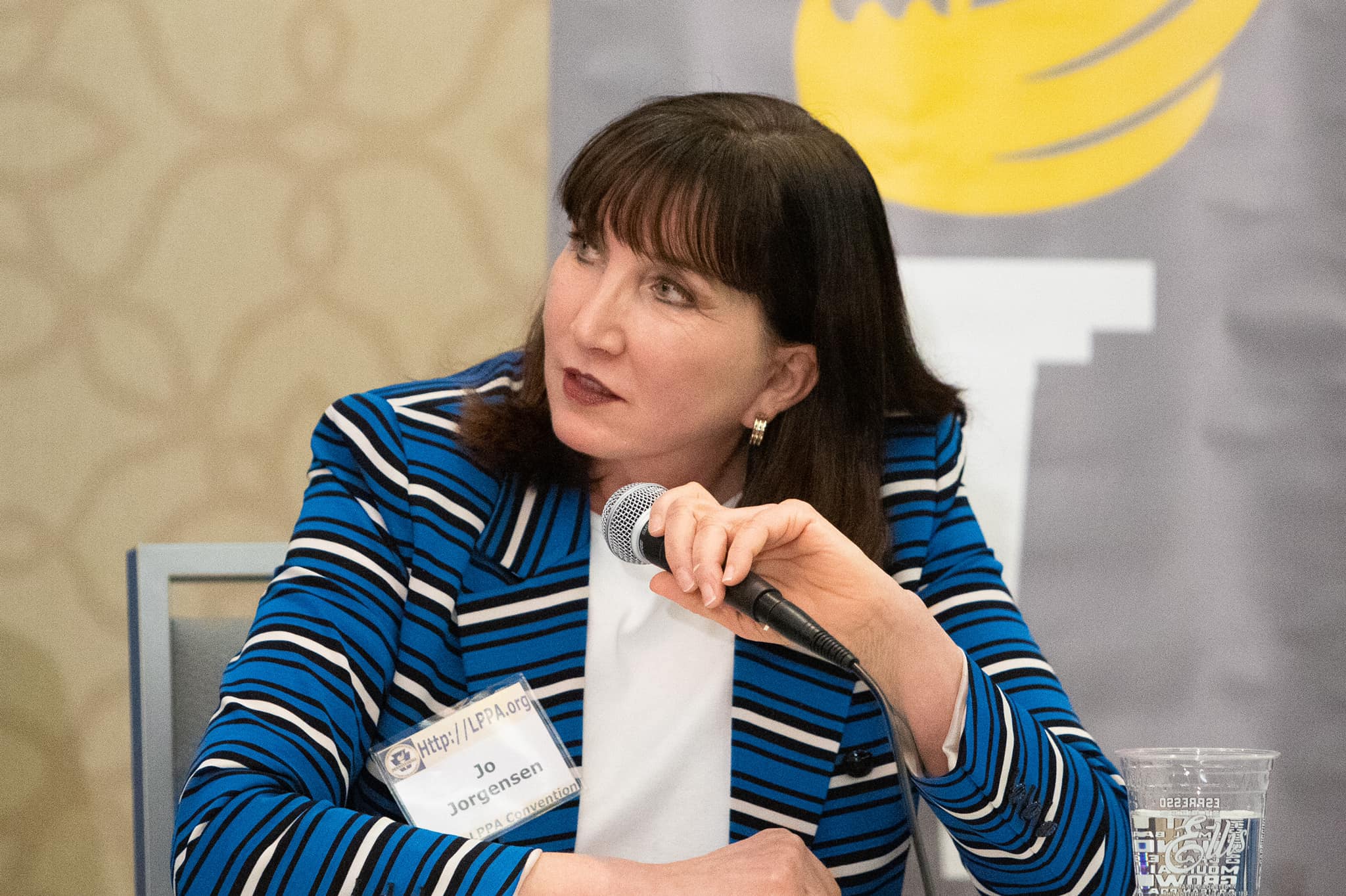 I have been politically active for ten years.  I have run for office three times for state legislature; once as a Republican (Ron Paul Libertarian) and twice as a Libertarian. I have tirelessly advocated for homeowners facing unfair (and unlawful) foreclosure. I have testified in Olympia numerous times and also lobbied regarding several other issues as well. I was the founding chair of the newly organized Libertarian Party of King County in 2017 and the Vice-Chair in 2018.

In 2019 I launched Ignite Foundation LLC.  Ignite is an organization formed to provide practical support for campaigns. We recruit, train, and support candidates and activists working at the state level. During our inaugural year, we supported 6 candidates running for office in Washington State.  We launched a weekly newsletter called The Flame and we are preparing to advocate for school choice and housing justice next legislative session.

We are a non-partisan organization and we support candidates who are challenging the status quo and other “Rebels with a Cause,” while advocating for smaller government, lower taxes, and “Liberty and Justice for all,” irrespective of party preference.

Given my experience, background, emphasis on state and local politics, and knowledge of the political atmosphere in Washington, I have wrestled with the decision of who to vote for President of the United States. My main emphasis, as repeatedly stated, is state-level politics because “all politics is local” and we have more influence at the state and local levels. I personally feel federal races are largely a distraction and can be very divisive, which is counterproductive to local efforts. So most of my effort and attention are directed toward local and state efforts.

That said, with the election for president pressing down upon us, I feel I must make a choice and feel a duty to explain why I have made my decision.

Even as a Libertarian, I often find myself supporting Republicans running for state and local office in my state and building bridges with Republican legislators.  Despite my misgivings about establishment Democrats and Republicans, Republicans are the minority here in Washington and therefore the opposition party. I also happen to know the legislators personally and know them to be of good character and allies in the libertarian effort, with rare exceptions.

In contrast, I am deeply disturbed by the activities of most if not all Democrats in my state; non stand up for Liberty. Each cycle there has been an increase in taxation and regulation that have a stranglehold on the citizens and businesses of our state. In the last session in the dark of the night, Democrats muscled through over $27 billion in new taxes. There is now chatter of even more new taxes in response to Covid related budget shortfalls, to be levied next session. Democrats in our legislature appear out of touch and tone-deaf.  The consequence is that the citizens and businesses in our state (with the exception of big tech corporations) are on life support and many others have closed their doors or relocated.

For this reason and because we do not have any Libertarians currently elected, I find myself building relationships and supporting opposition candidates and legislators. “The enemy of my enemy is my friend.” Ignite has publicly endorsed several of these candidates and you can find them here.

This brings me to the presidential race. I have been reluctant to go public, as no doubt some of my friends will disagree and I may greatly disappoint them. That is not my intent. But I do feel like I need to be honest and do my best to explain my reasoning.

I have often expressed my concerns about President Trump. I feel he has at times brought out the very worst in us and incited division. I wrote about this in my article “Trump is the Roseanne Barr of politics” in 2016.

For this reason, among others, I did not vote for him in 2016. I believed then that he was divisive and would not be able to rise above the political rhetoric and division and help heal America. I do not think I was wrong in that regard. The civil unrest we see today is no surprise to me. He is certainly not the only one at fault and may have just exposed the issues that were under the surface all along, but a peacemaker he is not.

However, I do believe President Trump has been the most libertarian president of my lifetime.  He has also exposed the ugliness of D.C. for what it is. As my friend and Candidate for Washington state Supreme Court, Dave Larson says “we have been so focused on getting our own way, that we have lost our way.” We have lost our ability to debate with civility, compromise for the greater good, and work together toward solutions to our biggest problems. We are polarized more than any other time in modern history; to the point of violence. It is the tragedy that our founding fathers had hoped to prevent. We are spiraling toward a state of total tyranny and despair. President Trump has exposed this and has jarred many people out of their complacent and apathy. That is a good thing.

I have come to the conclusion that while Trump certainly has contributed in some ways to the disintegration of our political climate, Biden and his followers are more to blame for this and more to blame for the destruction of the American Dream of prosperity for all. Democrats have been in power in most of the largest cities that are experiencing the greatest civil unrest and decay for decades, and yet somehow they shift blame to President Trump. They have had ample opportunity in these major cities to implement a policy that would have curbed brutality and corruption and greatly improved the lives of those they claim they advocate for. They have not. Many of their policies do the exact opposite.

It is my recent observation that Biden is vested in the destruction of American businesses, families, and institutions, whereas Trump, even if not entirely altruistically, is vested in America’s recovery and success.

I also happen to believe that if Biden was to be elected, within his first year, he would need to resign for medical reasons. Kamala Harris next in line would be our new president. That thought chills me to the bone, in light of what I know of her. Because of her history as a prosecutor and Attorney General in California, I believe she is an enemy of freedom and justice for all, even more so than Joe Biden. She was unable to get the Democrat nomination for this reason.

For these reasons, I would not vote for Biden.

This brings me to Jo Jorgensen. The Libertarian candidate for President. Admittedly a long shot. However, as aforementioned, I generally support the candidate. A vote for Jorgensen is a vote against the two-party system that has contributed to our current state of decay and institutional corruption. A vote for Jo Jorgensen is a vote for Liberty and restoration of our Democratic Republic.

Also, Jo Jorgensen advocates for bringing our troops home, ending the Federal Reserve, ending the failed war on drugs, and prosecuting white-collar criminals who are systematically transferring wealth, property, and power from the middle class to titans of industry with unparalleled influence over our government. She advocates for the end of crony capitalism, and the restoration of ALL our civil rights.

Jo Jorgensen is articulate, level-headed, and a peacemaker. If elected I believe she would have a calming effect, de-escalate tension, and unite America, while also addressing the issues that are destroying America. She would challenge the status quo. She, like me, is a “rebel with a cause” and I believe she would inspire us all to be the best we can be and bust out of this cycle of fear, hopelessness, and rage. She would restore civility and hope.

I fully recognize that Jorgensen is a long shot and likely will not win. This is largely due to the fact that she is barred from the debates and the enormous influence of the two major parties over elections and media. However, she could very likely secure 5% of the vote in Washington State.  If this happens the Libertarian Party will secure much deserved major party status which would give our down-ballot candidates a fighting chance in 2022 and beyond. It would be a great achievement and one I want to be a part of.

It is my desire to disrupt the two-party system. I want people to have more options.  If it were so, we might be able to restore some sense of integrity to our systems and institutions. Candidates with integrity and a sincere desire to restore power, freedom, and opportunity to all Americans, might have a fighting chance and would be freed from the two-party system that is mostly controlled by oligarchs and plutocrats.

Further, I have observed the valiant and tireless efforts of my Libertarian friends in Washington State. They have doorbelled, sign waved and made tens of thousands of phone calls. They have dedicated historic levels of time, energy, and money to the Jorgensen campaign. They have recruited hundreds to the effort and I expect that there will be record numbers of people voting Libertarian for the first time. A vote for Jo Jothensen honors that effort.

Finally, I can comfortably say that Biden will carry the vote in Washington State. Therefore my individual vote is more valuable as a vote for Jo Jorgensen than Donald Trump.

For these reasons, my vote goes to Jo Jorgenson for President in 2020.

Michelle is a mother, grandmother, and the wife of attorney and life-long Libertarian Jeff Jared. She is currently a legal assistant for the Law office of Jeff Jared.

Michelle has been a consumer advocate and a lobbyist for homeowner rights since 2011. She is also a former candidate for state legislature in the 48th Legislative District. Michelle launched the Libertarian Party of King County in 2017 and served at the founding chair and the Vice Chair in 2018. 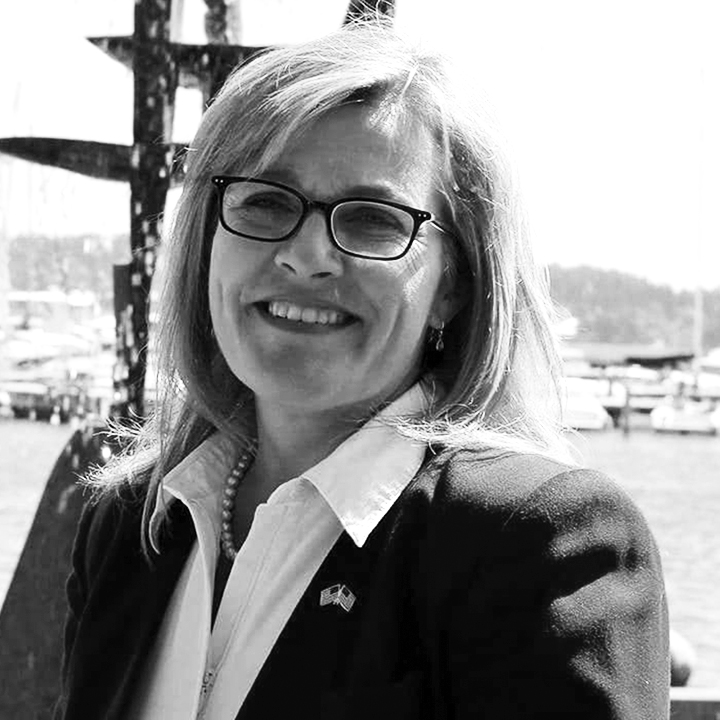