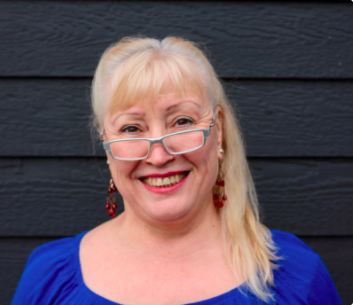 Sitting in my car, I took the opportunity to call Marliza Melzer, to be uplifted by her thoughts on taxation and how it relates to the housing crisis in King County. Quite evident, is that the housing issues don’t just stop in King County, all other nearby counties are along for this death spiral ride.

My thought, as I sat there pondering how the direction of the conversation should go. She answered after the third or fourth ring. Thinking quickly, I introduced myself and spouted out housing! Marliza replied, “What about housing?” Before I could answer, she said, she’d like to talk about taxation, which is a primary influencer on housing, and subsequent increases in evictions.

When talking with Marliza about the relation between housing and taxation. The focus was specifically the light residential close in and around the City of Seattle, which is mainly single-family homes, and many luxury apartments standing small, up against the tall skyline of the Great Seattle Center. We discussed the building challenges Seattle Planners face, with geography, that naturally creates a longitude and latitude expansion strategy, as Seattleites press boundaries.

Due to the restrictions of building and a city struggling to balance budgets for those intended services throughout. Legislators turn to raise taxes year after year, and justifies the dereliction, by exclaiming they must expand services. Marliza believes this is just not necessary, at least to the extreme. What did Marliza have to say about it? She told me her own story about her experience, as a homeowner. The stress of a 13.7% property tax hike, over the short course of three years. Sticking her with over $3,000.00 of annual property tax. Essentially, this means Marliza was faced with sourcing another $1,000.00 out of her income, to try and satisfy this hungry government bureaucracy.

The truth is, there are many factors, which can be a justification for raising taxes. The question is, are we informed enough to see which ones are meaningful and serve the people, and which taxes are arbitrary and attached to plans we don’t necessarily all agree on? Can you think of any recent City and Transportation projects, that was all, but completely botched? Those same plans cost residents millions? I can think of a couple, but let’s leave that topic for another time.

What to Do About it

Marliza says that is why she’s running for election, and can be an advocate for the homeowner, and the renter too. If taxes go up for the property owner, you can bet that cost is passed onto those renting rooms and apartments. What we say at Ignite Foundation, is to take the time to learn a little about politics and law. An informed voter is a dangerous and powerful opposition to big government. Remember, here in the United States, our government was commissioned to work for the people, by the people. Not the people at the whim of the government.